Excelling at Wrestling When No One Else Cares 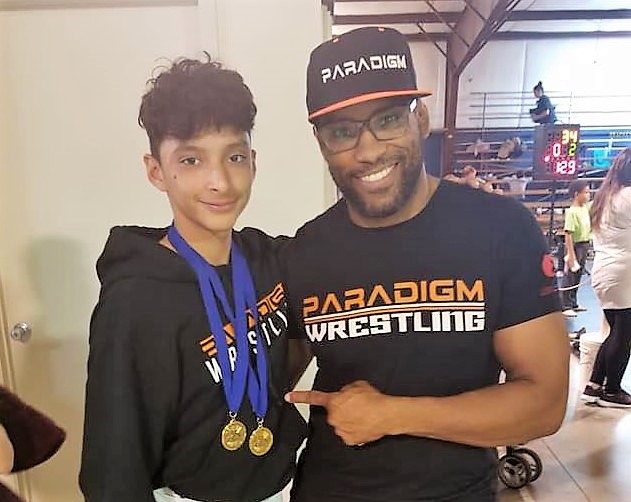 About the Author: Coach Steve Woods served in the United States Air Force for 21 years where he wrestled for ten of those years. In addition to wrestling for the Air Force he was also a U.S. National Team member and a resident athlete at the United States Olympic Training Center, Colorado Springs, CO from 2000-2004.

From time to time I hear wrestlers, parents, and sometimes even coaches complain or make observations with regards to the number of dedicated wrestlers on one’s junior high or high school wrestling team and or the lack of quality training partners who actually care and are passionate about wrestling. A complaint or observation, which is valid in a sense. Although our sport is an individual sport, we rely on others to drill and practice our moves. Not having quality training partners of the right size and caliber makes it difficult for most to progress when so much of what we do is dependent on having good partners.

Lack of quality partners who share the same passion for the sport of wrestling can be very challenging to one’s own success and development. My assumption is that this is just as problematic in bigger schools as it is in small schools and the same for rural schools and even metropolitan or urban schools where a variety of factors contribute to the lack of interest in our sport. I often try to help people understand that people who get into wrestling have their own motivations for wrestling, and we cannot fault them for having their own motivations and or not sharing the same passion for wrestling as we do. However, there are some things we can control and focus on in order to get better, and build others up around us, despite not having the best or most ideal training environments. I will get into those recommendations a little further on, as I want to share my own experiences coming from a small urban school in Indiana where football, basketball and track which were hallmark, to finishing my career, 17 years later in the finals of the 2004 Olympic Trials mini-tournament in Indianapolis, Indiana.

I often reflect back to my earlier days of wrestling in high school (starting as a freshman) to finishing my career as a top ranked wrestler in the United States on the senior level.  In high school my wrestling coaches were the football coaches who had never wrestled, but did us a favor by at least sitting in on our practices so our underserved school could have somewhat of a program. I was one of the few who really cared about wrestling on my high school team as most others could care less about practicing, training hard, winning, or wrestling beyond high school.  When I joined the Air Force, I found opportunities to wrestle in Europe and I even formed a local Air Force base team to participate in local base tournaments. However, not everyone on the team shared my passion for wrestling. Luckily for me I got the attention of then Air Force wrestling coach; Richard Estrella and I tried out for the Air Force wrestling team.

Coach Estrella was rebuilding the team after it fell apart during Operation Desert Storm.  And although some of my teammates had passion for wrestling, our program required a cultural shift from being a team that accepted the status quo to a competitive team that demanded an intense focus for training and competing with relentless intensity (the motto of our former Greco-Roman National Teams Coach, Steve Fraser, (1984 Olympic Greco-Roman Gold Medalist). That being said, it took some time to change the culture of the team and the attitude in how we would approach wrestling. The cultural shift that occurred eventually led to us achieving great success on the national stage as a team and as individuals. My experiences have taught me , that although the onus is on the wrestler, it takes a collaborative effort between wrestlers, parents, and coaches to create the ideal training environment and conditions that will help wrestlers achieve success. Below I outline what wrestlers, parents, and coaches can or should do.

Wrestlers can or should:

Parents can and should:

Coaches can and should:

When I was a resident Greco-Roman athlete at the Olympic Training Center from 2001-2004, we often had coordinated practices with other national teams, national team members and even international teams who came to train with us. At any given time 3-5 of the top eight ranked wrestlers in the U.S. per weight class were in the room training alongside each other and training together.

In closing, I hope to convey that even when no one else cares about what you are passionate about and, or your success is partially dependent on them caring, all is not lost. One must look for ways to overcome the hurdles that impedes success. Wrestlers, parents and coaches (especially on the junior high and high school level) all have a responsibility for shaping the culture and accepted norms of the team.